Alix O’Neill is a journalist, author and broadcast commentator.

Her first book, The Troubles with Us was published by 4th Estate (HarperCollins) in June 2021 and named one of the best memoirs of 2021 by The Times/The Sunday Times, and by Sheerluxe

‘I was laughing with every page’ Laura Hackett, The Times

‘We cannot recommend that you read this memoir enough – short of stopping people in the street and pressing it into their hands, we really urge you just to order it online right now. Right this moment’ STYLIST

‘This fabulous coming-of-age memoir is laugh-out-loud funny one minute and leaves you welling up the next…  Witty, touching and ultimately heartwarming. Wear waterproof mascara’ The Telegraph

‘A charming book, by turns caustic and funny, innocent and canny’ Craig Brown, British Press Awards’ Critic of the Year, The Mail on Sunday

‘The writing is full of energy and originality. One can only imagine what good company O’Neill is in person . . . this book is genuine and funny with insights into Northern Ireland’s evolution through the 1980s and 1990s into something like peace’ Sinéad O’Shea, Irish Times

‘O’Neill’s voice is so immediately likeable, her sense of humour infectious, you get the feeling you would love to have a drink with her… It was a joy to spend time in (her) world, and the irresistible sense of fun she sparked could have led me on to read many more stories about her family life . . . equal parts hilarious, moving and compelling’ Emer O’Hanlon, Irish Independent

‘Full of wit and warmth, this brilliant memoir of resilience and humour is a total delight’ Sunday Independent

‘Derry Girls meets David Sedaris – a sound dose of social history served with all the lightness and humour of an after-work cocktail’ Elske Rahill, author of An Unravelling

‘This is a brassy, ballsy, belter of a book – full of the real grit of what it means to come from Northern Ireland . . . From sexy toy petrol stations to mortifying period chats with yer swearing ma – from Gerry Adams on the telly to naming your goats in an attempt at bridging the political divide – from burning a placenta the weekend of the twelfth to portakabin penance with Tamagotchis: this book will turn your views on the Troubles upside down. O’Neill writes the North like no one else I have encountered; with wit, humour and pure affection’ Kerri ní Dochartaigh, author of Thin Places

‘Pacy, terrifyingly visual and mordantly funny, this endearing family portrait set against a backdrop of unflinching horror tells us more about Belfast – and the world – than any newspaper or academic tome. Ordinary lives determined to make it out the other side unscathed, O’Neill’s memoir is an absolute blast of a book that reminds us how to be human.’ June Caldwell, author of Little Town Moone

Alix has covered a wide range of lifestyle subjects, with a focus on feminism, for The Telegraph, The Sunday Times, The Times, ES Magazine, The Evening Standard, New Statesman, Spectator Life, Marie Claire, Red, The Pool, Stella, Grazia and The Debrief. Features include a cover story for The Sunday Times Magazine on the raw deal handed to millennials; interviewing “Brexiles” for Guardian Weekend and for The Times, women who suffered multiple miscarriages, and depressives in high-flying careers; debating Silicon Valley’s sexism problem in Spectator Life; and for the Evening Standard, chatting Brexit and babies with Daisy Lowe in a rice pudding factory.

Before moving to France in 2019, Alix was a regular guest commentator on Sky News discussing everything from Harvey Weinstein to Beyonce. She also reviewed for the morning papers for Sky Sunrise and has appeared on Good Morning Britain, LBC Radio’s Nick Ferrari Show, The Front Row on BBC Radio 4, BBC Radio London’s Vanessa Feltz show and Talk Radio’s Badass Woman’s Hour, dissecting a variety of topics including the Westminster sex scandal and Love Island.

From February to September 2019, she had a fortnightly column for Red magazine on her search for the good life in France.

Prior to going freelance in 2015, Alix was Features Editor at Beautiful Kitchens magazine and a writer and sub-editor at Homes & Gardens. She was runner-up in the Most Promising Student Journalist category in the 2008 PTC New Journalist of the Year Awards; and shortlisted for the Rosemary Goodchild Award for Sexual Health Journalism in the 2015 UK Sexual Health Awards, and Travel Journalist of the Year in the 2006 Irish Student Media Awards. In 2016, she was selected to participate in the inaugural Women in Journalism mentoring scheme, and paired with Sarah Baxter, Deputy Editor of The Sunday Times. Alix has also been an official WIJ mentor to young journalists and a mentor for the charity, The Student View.

Alix is an alumnus of Trinity College Dublin and Goldsmiths College, University of London. She lives in southwest France with her husband and two young sons. 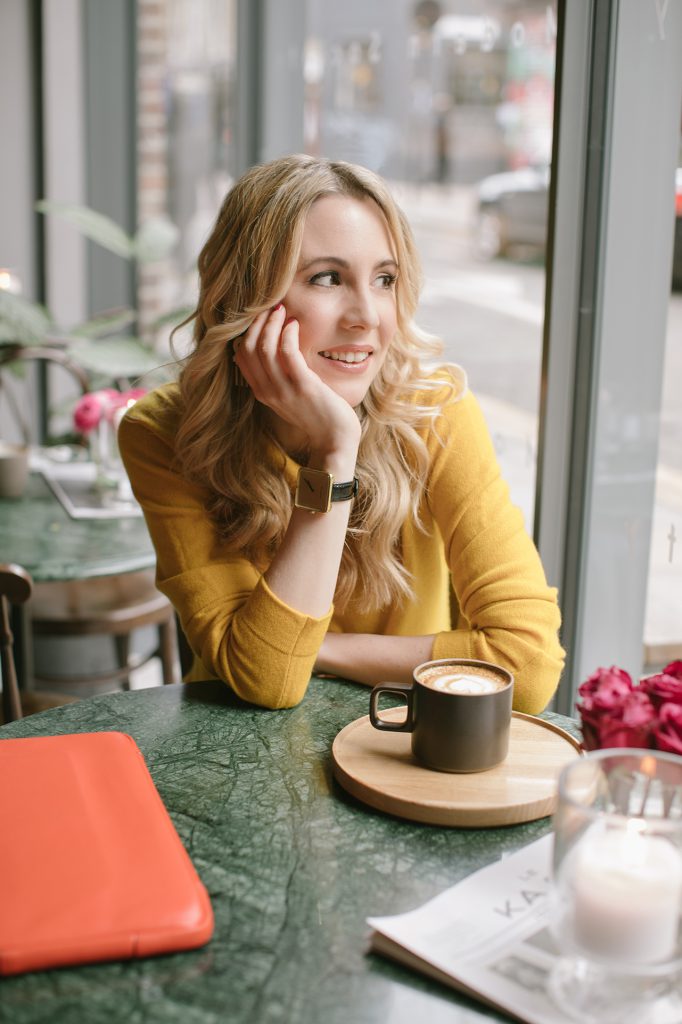